Hibernian can confirm defender Keith Watson has joined the club on loan from Dundee United until the end of the season.

Right-back Watson will immediately provide the team with extra defensive options and the 25-year-old says he is thrilled to have agreed a loan deal.

Speaking exclusively to hibernianfc.co.uk, Watson said: “I’m really pleased to sign for Hibernian on loan – it’s a great opportunity for me and I’m excited about the future.

“I know a few of the Hibs players – Scott Allan, Scott Robertson and Farid El Alagui – from my time at United and they’ve all spoken very highly of the manager and the set-up here.

“I’ve been really impressed with the progress that has been made so far this season and I’m looking forward to being a part of it.

“After experiencing a few set-backs with injuries over the years, I now want to kick-on, play regularly and help the team to achieve promotion.”

After graduating from Dundee United’s Academy, Watson has recorded over 130 starts at first team level and will bring extra experience to the Hibernian defence.

Stubbs said: “We’re delighted to have secured Keith’s services until the end of the season – his arrival will bring further quality to the squad and provide greater competition for places.

“Keith will give us an option at both right-back and centre-half – bringing greater balance to the defence and ultimately strengthening the group.

“That is an area that we were looking to strengthen and bringing Keith in on loan has effectively done that.

“I would like to thank Jackie (McNamara) and Dundee United for allowing us to make this happen.”

Watson is expected to be available for Saturday’s Scottish Championship match against Raith Rovers at Easter Road (31 January, kick off 3pm).

An exclusive chat with new loan signing Keith Watson will be aired on Hibs TV later this evening (with interviews with Tomas Cerny and boss Alan Stubbs). 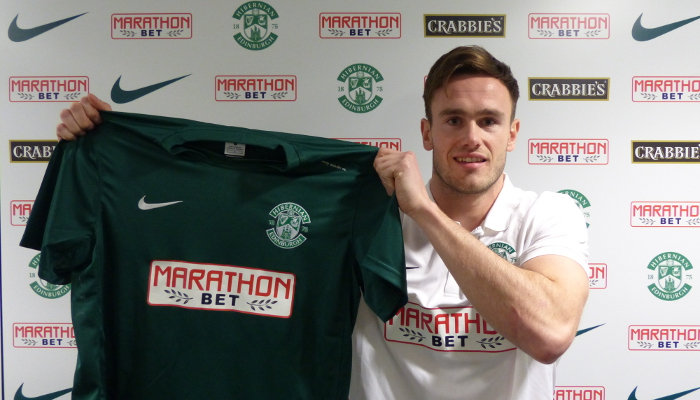